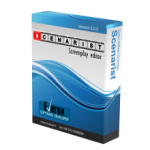 Syd Field, one of the greatest screenwriters in the world, said about the standard screenplay format:

“Do you know where a very good script with the non-standard format should be located? … Obviously, in the trash!“

Let us consider this situation: a busy producer and a script bank with a mass of scripts written by unknown scriptwriters. Given the lack of time and lots of concerns, which script attracts the producers attention at first glance?

The answer is: Certainly, a script written perfectly professional in the standard format without any serious misconceptions in spelling and writing. The format of a screenplay is the first thing attracting a producer, director, or any person responsible interest for selecting a screenplay as a common professional language. If you talk to them in an unfamiliar and inaccurate language, you will more than likely be rejected.

The standard format of a screenplay is the result of trial and error and long years of experience in Hollywood to be optimized for reading and become the common language of scriptwriter and executive team.

Using Microsoft Word software and Visual Basic for Application (VBA) programming, “Scenarist” software not only facilitates the entire process of writing, but respects all the readability standards of English screenplays. The main features of Scenarist are listed as follows:

(Using “Scenarist“, your only concern is to create an artistic masterpiece …)

There are no reviews yet.

Be the first to review “Scenarist” Cancel reply